The Nature Reserve of the Bouches de Bonifacio was created on 23 September 1999. In the island's territorial waters (11,428 km²), nature reserves cover an area of about 7.5%, including 7% (802 km²) for the Bouches de Bonifacio Nature Reserve alone. The management plan dates from 2007 and the second one will be finalised before the end of 2019, that is to say 20 years after the creation of the MPA. Since the 1970s, the Nature Reserve has collected series of data for monitoring the natural environment. Today it is recognised as a reference area for biodiversity in the Mediterranean. The ever-increasing influence of climate change on the overall functioning of the MPA, observed over the past decade, threatens the ecological richness and heritage value it represents. It is therefore imperative to integrate the climate change factor into the MPA management plans in the form of adaptation plans.

Increase in water temperature and intensification of marine heat waves

In Corsica, atmospheric temperature measurements made at Capo Pertusato, in Bonifacio, show that from 1980 to today the number of days per year for which the temperature is greater than or equal to 30°C has increased significantly. This confirms that there is indeed an increase in the period of high heat, and therefore an increase in the summer season. For several years, regular monitoring of water temperatures (at 11, 25, 35 and 42 m) has been implemented within the MPA, using submerged sensors on 4 sites that have been chosen according to their exposure and the currents to which they are exposed. Strong inter-annual variations have been observed, particularly in the summer of 2003, when record temperatures ranging from 28°C to -42 m were recorded, exceeding the usual averages by 8°C. This strong anomaly seems to have characterized the entire western Tyrrhenian Sea with the average temperature in September then exceeding by 4.5°C to - 35 m the monthly average for the period 1983-2011. In the future, the duration, frequency, intensity and depth of these marine heat waves are expected to increase significantly.

Such marine heat waves, defined as periods of strong positive thermal anomalies, have also been associated in the northwest Mediterranean with significant events of massive mortality of benthic invertebrates on hard substrates such as bryozoans, anthozoans, porifers, ascidians and bivalves. Rising water temperatures affect many fish life traits, affecting some fisheries, but also altering the physiology and flowering of meadows. In addition, plankton disturbances are observed, as well as the emergence of diseases. Marine heat waves have caused dramatic events of massive benthic invertebrate mortality. These anomalies have notably led to a spectacular event of mortality of the red gorgonians Paramuricea clavata, aggravated by the proliferation of mucilaginous algae.

In the North-Western Mediterranean, elevation trends of +1.08 mm/year from 1849 to 2012, and +3.4 mm/year from 1990 to 2009, were measured respectively in Marseilles and Estartit. More recently, a hypothesis has been suggested that the regression of deep meadows (lower limit) identified at Lavezzi over the period 2004-2013 would be a consequence of the decrease in luminosity at depth linked to sea level rise. In addition to some organisms impacted at surface (e.g. corbels with Lithophyllum spp.) and at depth (e.g. Posidonia oceanica), such scenarios would involve the partial submergence of many islets such as the Lavezzi Islands, whose altitude does not exceed 40 m. Combined with other climatic phenomena, sea-level rise will tend to increase coastal erosion and saline intrusions of coastal aquifers. 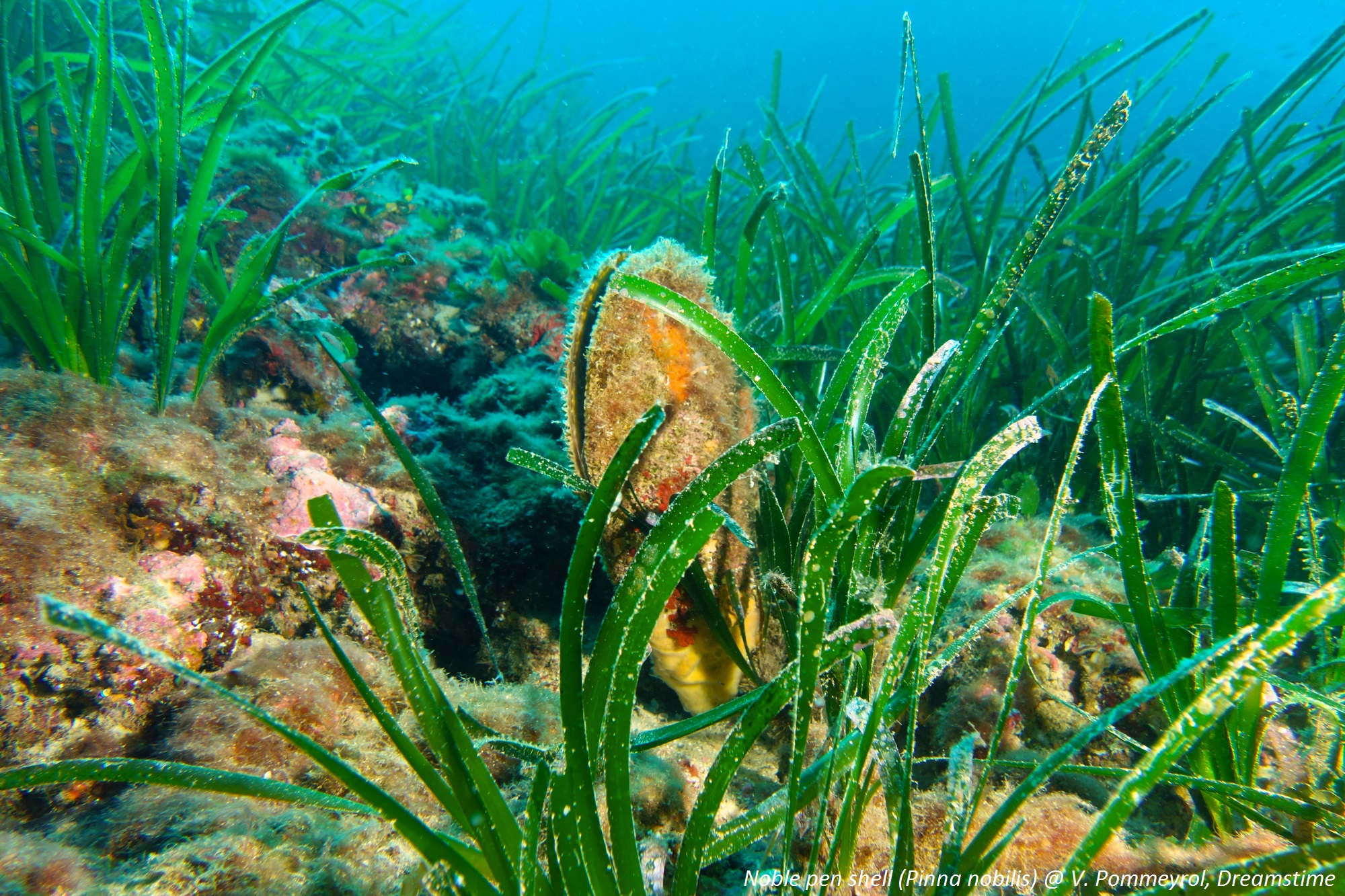 Changes in species distribution and abundance

Corsica, including the reserve, is not exempt from either the phenomena of "tropicalisation", through the arrival of exotic species, or "southernisation", through the extension of the ranges of species with warm water affinity. Among the species that have extended their range into the MPA, examples include the parrot fish (Sparisoma cretense) or the white grouper (Epinephelus aeneus) reported in Corsica from 2012 onwards, the flute fish (Fistularia commersonii), a lesseptic species observed in the Lavezzi Islands since 2008, or the alga Caulerpa cylindracea present on the entire Corsican coast. Combined with various independent human vectors to climate change, such as aquaculture, warming waters amplify the invasion of exotic thermophilic species.

The objective of the study is to assess the vulnerability of the important components of the marine biodiversity of the MPA in the context of climate change by 2040. It is characterised by a measurement of three components generally combined according to the following formula:

In order to do this, a rapid assessment has been carried out by assigning a degree of 1 to 5 to each of these 3 components: exposure, sensitivity and adaptive capacity.
This assessment has been made for the species (at different taxonomic scales depending on the case), habitats and major ecological systems present in the MPA, also on the basis of general and expert bibliographic research. The exposure considered is the one (estimated) for the year 2040, with a higher probability of occurrence than later dates, such as 2100. In addition to vulnerability assessment, there is also a rapid assessment of anthropogenic pressures. In addition, a more in-depth vulnerability assessment has been conducted for the red lobster, a species of heritage and fishery interest.

The methodology approach is based on the co-dependency model of Marshall et al. (2013), in which the vulnerability of the socio-economic system is intrinsically linked to the ecological system. Thus, the vulnerability of economic activities to climate change is examined in terms of exposure, sensitivity, dependence on natural resources and their adaptive capacity. For each activity, the analysis proceeded as follows: Identification of current and future climate trends, Understanding the relationship between climate change, natural resources and economic activities, Identification of economic vulnerabilities and adaptation levers.

The vulnerability of beach activities to climate change is low to medium. High air and water temperatures are integral characteristics of the attractiveness of the MPA, and the level of their projected increase over 30 years does not seem to pose a threat. In addition, the sea breeze linked to the island situation makes the high temperatures more bearable. With regard to the current changes in the endemic faunal system, it also has no impact on the seaside attractions of the MPA.

The vulnerability of water activities to climate change is moderate to high. For the continuous rise in sea level, solutions are already being found in marinas. This aspect of climate change is integrated into investment policies. With regard to activities organised around sea outings, the inconveniences and dangers generated by strong winds are unbearable. The maintenance of a rich supply of nautical activities on the territory of the MPA will undoubtedly have to rely on companies that have developed alternative activities that will allow the economic balance to be achieved. 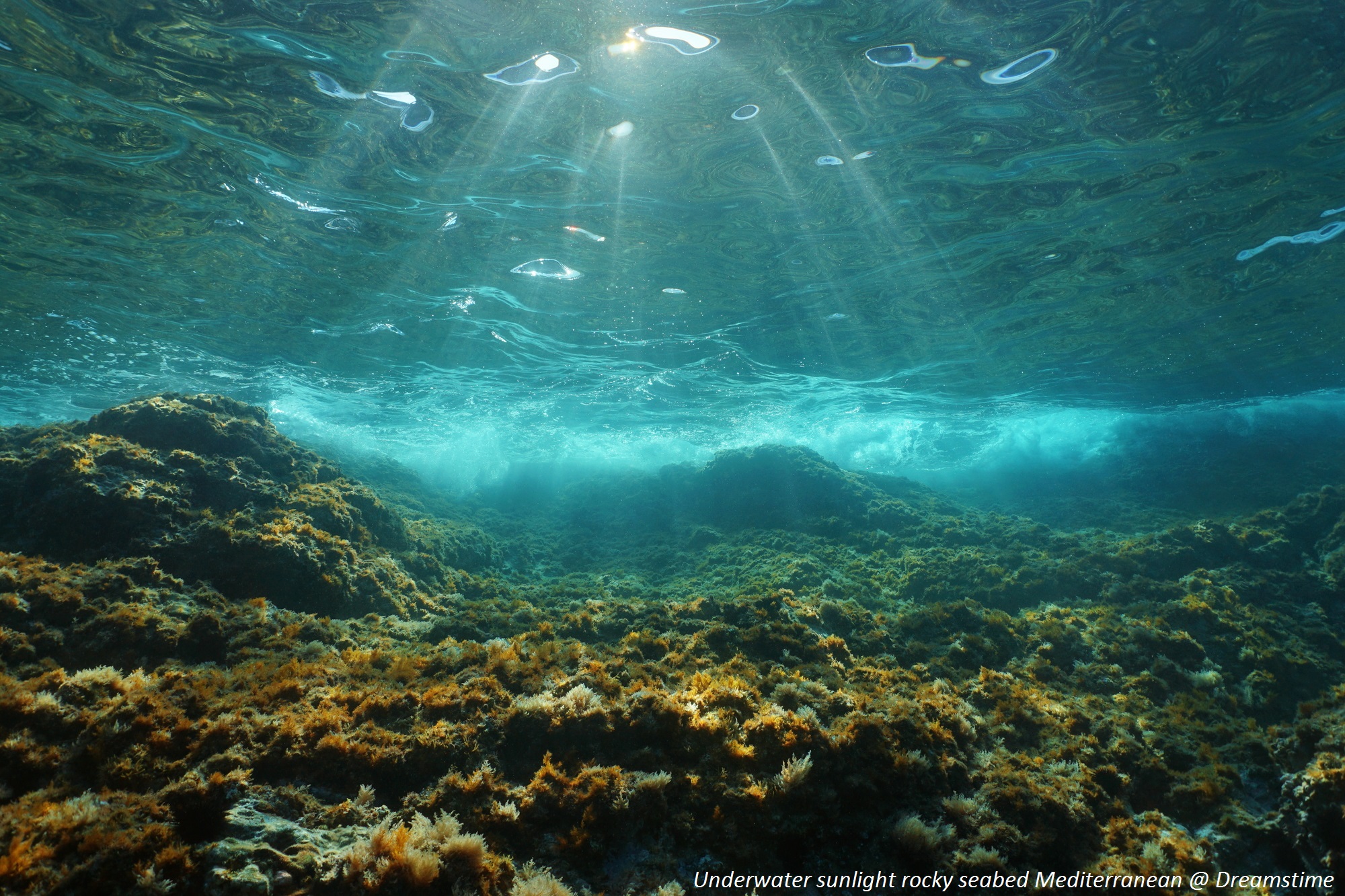 With the status of the largest nature reserve in metropolitan France, located at a biogeographical crossroad that is the Corso-Sardinian Strait, and home to a great diversity of ecological systems, the Bouches de Bonifacio MPA seems likely to constitute a region conducive to the mitigation of the impacts of climate change. Its relatively central position within the Western Basin and its unique hydrodynamic context allow it to play a sentinel role. MPA managers must integrate climate change issues into their management objectives.

Climate Change is a major influencing factor to be taken into account before formulating long-term objectives and, after having defined the challenges of the MPA, the operational objectives that may result from it must take into account the need to:
- limit potential drought-related accidents such as fires on islands (impacts on seabird colonies, endemic and rare plant species, human security...);
- limit the impacts of sampling activities (rare cold water affinity species);
- limit the impacts on threatened habitats (coralligenous anchorage, grass beds, etc.);
- promote good practices by providing information to the general public, promoting new species on the local market, enabling small-scale coastal fishing, and speeding up management measures for nautical tourism;
- communicate on the role of the reserve in enhancing the ability of ecosystems to adapt to changes. MPAs limit the cumulative effects of global climate change and stress factors (overfishing, pollution, habitat degradation, etc.) on the natural environment and consequently on associated human activities.
For more information, please visit the website of Bouches de Bonifacio MPA Climate change and the marine environment in Corsica