The Brijuni archipelago is situated in the northern Adriatic. It extends along the Western Istrian coast in Croatia and has a total surface area of 3.395 hectares. Brijuni has a mild Mediterranean climate with plenty of sunny days and humid air. Summers are pleasant with temperature ranging from 22 to 25°C, and winters are mild with an average of around 5,5°C.

Compared to other Mediterranean regions, the Adriatic Sea has shown the highest increase in sea surface temperature (SST) over the 20th century. Brijuni NP has seen a cumulative warming of +1.58 °C for SST (i.e. +0.044°C/year, Satellite derived SST data product obtained from Copernicus Marine Environmental Monitoring Service (CMEMS) from 1982 to 2017

By 2040 the air temperature on the Croatian coast is expected to increase throughout all seasons. In winter and summer, the highest projected air temperature increase will be from 1.1. to 1.3 °C, and 0.7 °C in spring time (MZOE, 2018).

It is continuously fluctuating as a result of the interaction with tides, seasonal temperature, wind and pressure regime. Brijuni is in fact an excellent base for sea-level studies thanks to the proximity of Rovinj gauge station, which keeps long and detailed records. Mean daily tidal range for Rovinj is estimated 47 cm (Hydrographic Institute of the Republic of Croatia – Split). Up until now, no model has managed to capture and represents the complexity of local conditions, which could allow for a better understanding of the overall expected trend of sea level rise for Brijuni. Nonetheless, initial indications of the sea level in Brijuni suggest a rise of approximately 10 cm in the next 20 years. The potential effect of sea-level rise includes flooding, saltwater intrusion and coastal erosion.

Storm surges in the Adriatic Sea are generated by strong winds from the South-East, which in turn cause a temporary sea level rise raise sea level, producing very high waves that break upon the coast. Storms may result in greater inundation and damage to coastal infrastructure, potentially increasing exposure to pollution. 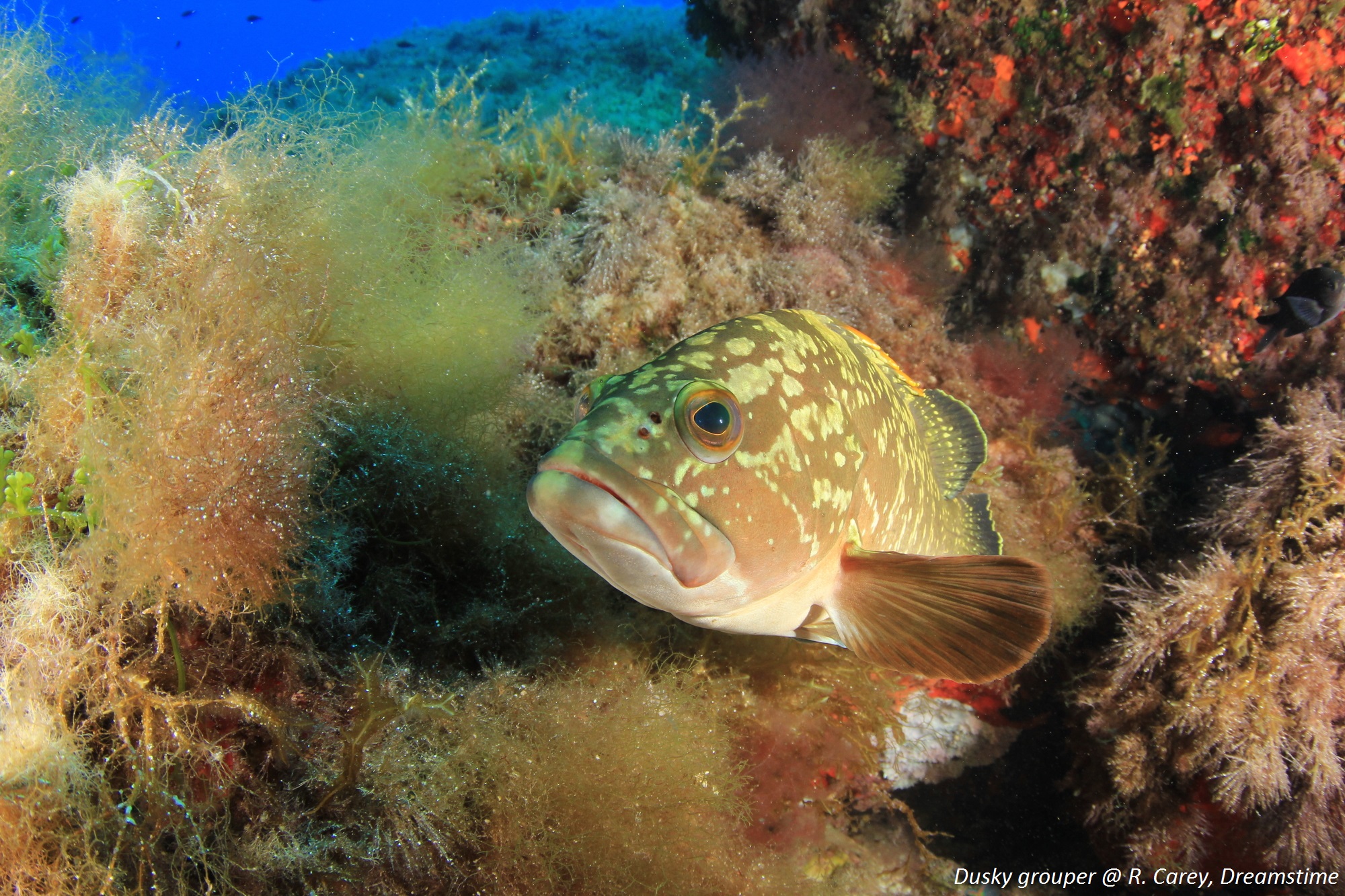 The spread of the invasive green alga Caulerpa cylindracea in Brijuni MPA is significant and its expansion has a negative influence on ecosystems and thus on species and biodiversity.

To establish the vulnerability of marine habitats of Brijuni National Park, a Rapid Vulnerability Assessment was carried out. It is a tool developed by Lara Hansen and Eric Mielbrecht (EcoAdapt) and Sara Hutto (Greater Farallones National Marine Sanctuary) for the Secretariat of the Commission for Environmental Cooperation of Canada to assess vulnerability in North American Marine protected Areas. The assessment focused on Posidonia meadows, rocky habitats and soft bottom habitats. A 20-year period was considered, in order to avoid the risk of uncertainty of very near future changes as for 10 years and speculations for non-reliable long-term predictions.

One of the most relevant effects of climate change for Posidonia meadows in Brijuni National Park which can be anticipatedin the next 20 years is the increase in water temperature. It is almost certain that extended warm summers coupled with other environmental stressors will have a detrimental effect on the already very degraded seagrasses in Brijuni NP. The likelihood of occurrence is almost certain, and the adaptive capacity of this ecosystem to react ro the increased climate change stressors has been evaluated as “moderate”.

The increase in water temperature has been identified as the main climate stressor both for the rocky habitat and the soft bottom. It is almost certain that extended warm summers coupled with other environmental stressors will have detrimental effects on benthic communities like corals, sponges, bryozoans and ascidians. An increased arrivale of Southern fish species used to warmer waters is very likely likely happen in Brijuni. The likelihood of occurrence of this process as temperature rise increases is almost certain, and the adaptive capacity of these communities to this climate change stressor has been evaluated as “moderate”.

The methodology used for the research and the questionnaires is based on a quantitative and qualitative analysis of the data obtained from the Public Institution of the National Park of Brijuni, online Istramet Data, the surveys conducted with visitors and divers, and other relevant documents and studies. More specifically, inductive and deductive methods, methods of analysis and synthesis, method of classification, statistical method and survey method were applied. The primary objectives of the research were:
- Analysis of socio-demographic characteristics of key stakeholders of the MPA (tourists and divers).
- Research and analysis of the behavior and satisfaction of visitors and divers during their stay in the park.
- Research and analysis of visitors and divers' opinions on the impact of climate change on their future behavior and satisfaction.

The projected impact of land-source nutrient pollution combined with the increasing air temperature, sea-level rise, altered weather condition and mucilage is very important and strong. Land-source nutrient pollution decreases the water clarity, which is one of the most important factors attracting visitors to Brijuni. Coupled with heat waves, the impacts are clearly negative. The sea level rise could induce flooding of the coastal area, which threatens coastal sewer infrastructure, and will affect the groundwater level, causing flooding that may affect the wastewater treatment, which is one of the crucial problems in the National Park. A damage to tourism infrastructures and an altered seasonality may occur.
The projected impact of jellyfish blooms on visitors is also quite important. Warmer temperatures may increase survival and expansion. Jellyfish blooms are often problematic for tourism and fisheries and they damage the reputation of several seaside resorts, causing serious economic losses.

An environmental evaluation of invaded marine habitats concluded that casual divers and snorkelers prefer reefs with high biodiversity no matter if there are indigenous and/or invasive species. In contrast, committed and experienced divers dislike indigenous and invasive species and associated impacts, and would choose to dive elsewhere, if such impacts were high.

An analysis of the opinions of divers on their future visits to Brijuni, depending on climate change, shows us that divers will continue to visit the MPA regardless of the sea temperature rise (average rating 4.04). They do not know if they would still visit Brijuni if seaweed disappears (average grade 3.02), the number of species of fish decreases (average grade 2.78) and if there will only be the presence of invasive species (average grade 2.70). 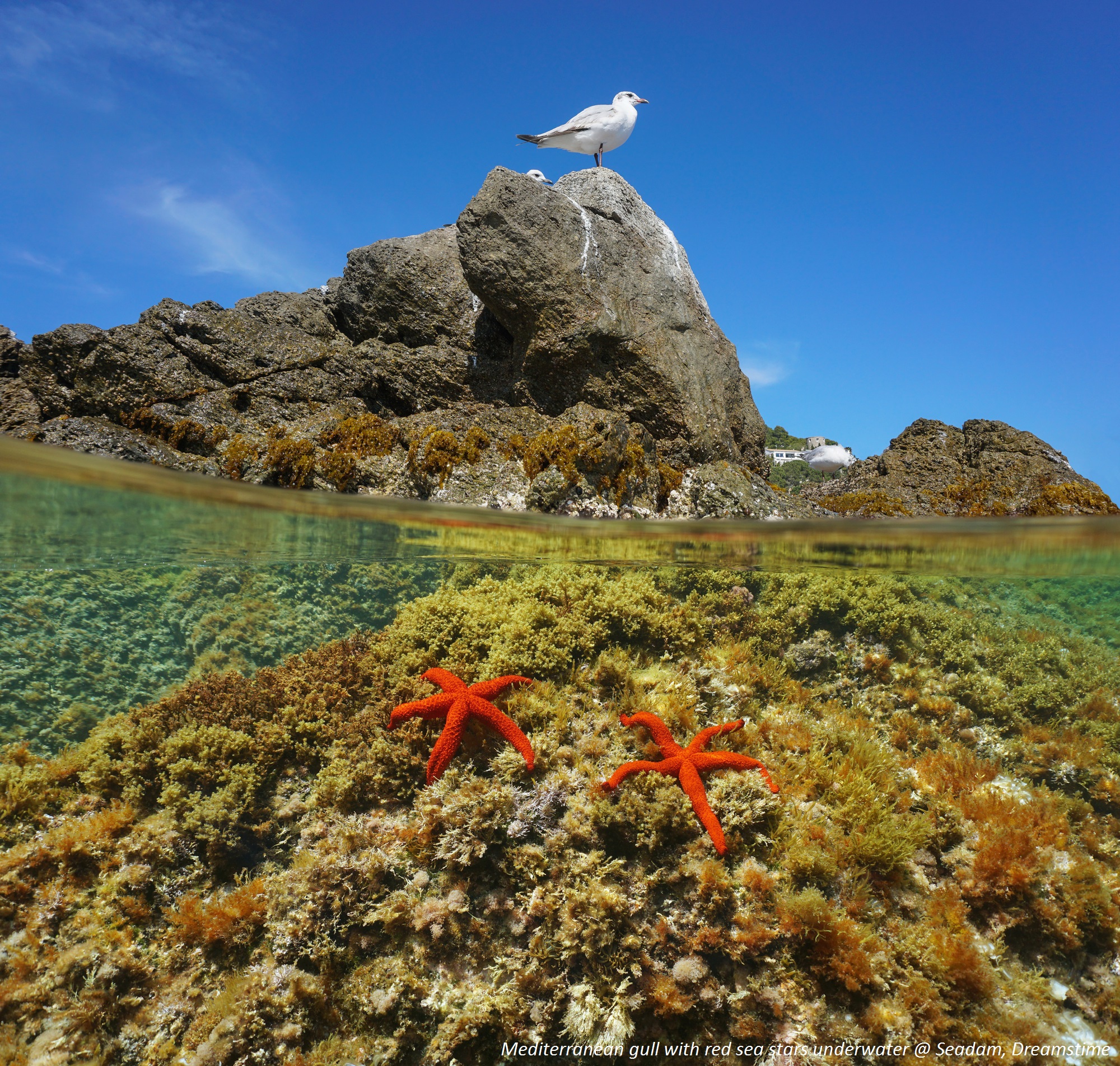 The most important action that must be implemented at MPA level to prevent the possibly overwhelming loss of biodiversity and ecosystem services is to increase habitat resilience by reducing or eliminating non-climate stressors where possible. In Brijuni National Park, a list of adaptation strategies has been proposed for building resilience to climate change of key marine habitats. Some of the proposed measures include: effective monitoring of changes combined with timely and appropriate responses, running educational programmes to raise awareness of our ecological footprint as well as removing or redesigning coastal infrastructure and including the carbon footprint in the management of the Park.
For more information, please visit the website of Brijuni National Park